You are here: Home » Cosmetic Surgery » Nosing around 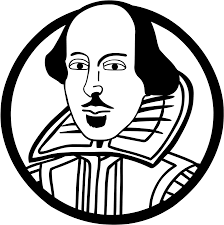 There’s nothing inherently amusing about noses, nose jobs or rhinoplasty. But for a change of pace, it might be fun and interesting to see how often the nose appears in conversation and literature. Here are some extremely relevant comments about noses.

Mathematics are well and good, but Nature keeps dragging us around by the nose. Albert Einstein

It has been observed that one’s nose is never so happy as when thrust into the affairs of others from which some physiologists have drawn the inference that the nose is devoid of the sense of smell. Ambrose Bierce

Richard Burton came from the same town as me so I thought I’d follow my nose, and follow my luck. I think I’ve been very lucky. Anthony Hopkins

Don’t cut off your nose to spite your face.

Give someone a bloody nose.

God Only Knows (Beach Boys song) – it’s a stretch, but sometimes you need to stick out your nose.

Hit it on the nose.

It’s no skin off my nose.

Keep your nose to the grindstone.

Look down your nose.

Rub someone’s nose in it.

Put your nose out of joint.

Win by a nose.

I never thrust my nose into other men’s porridge. It is no bread and butter of mine. Every man for himself and God for us all. Miguel De Cervantes

Insects are what neurosis would sound like if neurosis could make a noise with its nose. Martin Louis Amis

But when the fox hath once got in his nose, He’ll soon find means to make the body follow. William Shakespeare