Eyeglasses then and now

You are here: Home » Cosmetic Surgery » Eyeglasses then and now

Eyeglasses then and now 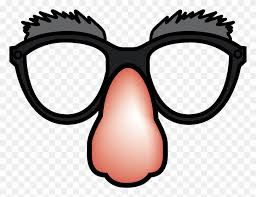 Because you’ve landed here, it’s likely that you’re planning or considering a rhinoplasty or other facial surgery and you wear glasses. There is also a good possibility that you have some anxiety about resuming the wearing of your glasses.

In case you’re regretting the fact that you need glasses at all, consider how fortunate you are to be in the twenty-first century in terms of vision correction. If you were in 13th century Italy, you would have witnessed the beginning of corrective lenses. Italian craftsmen created “roidi da boticells,” or crystal discs/plugs that were modified to enable improved vision. At that point, you had to put the lenses right in front of your eyes in order for them to help.

Fast forward to the 14th century when lenses were a bit better but useful only to correct farsighted vision. You still had to hold them in front of your eyes and it wasn’t until the second half of the 15th century that you had frames that were made of tortoiseshell, whalebone, leather or horn. It was around this time that your nearsightedness had help.

By the 18th century, vision correction had taken quantum leaps, making available such phenomena as bifocal lenses and unique styles of glasses in gold, silver and other precious metals. You could also use a lorgnette or monocle if you were so inclined.

Late in the 19th century, eyeglass wearers were introduced to lighter weight glasses and frames in new shapes and sizes. Shortly thereafter, glasses began to assume the role of eye protection as well as vision correction. Now that we are in the 21st century, we have all flavors of contact lenses as well as many thousands of lens/frame combinations to make certain that your sight is as good as possible.

Be glad that you have access to the best that the vision correction community has to offer. And thanks to RhinoShields, you can put those glasses back on your face after surgery without worrying about damage to your nose or surgery. Celebrate!

Share This
All nose jobs are the same, right?
How to build a rhinoplasty