You are here: Home » Cosmetic Surgery » Handset and Gigabyte 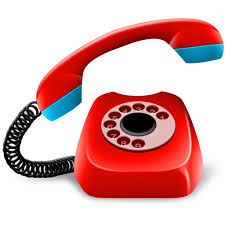 Once upon a time, in a land far, far away, lived two adorable young people, a boy and a girl. His name was Handset and hers was Gigabyte. They lived in a small village and spent a great deal of time together, wandering through the forest and learning what they could from their surroundings.

One day, Handset and Gigabyte were walking through the Bandwidth forest and spotted something shiny that was protruding through one of the bushes. Handset quickly retrieved the object but couldn’t figure out what it was.

“My goodness, Gigabyte,” he said. “Whatever could this be?”

Because they were responsible and intelligent youngsters, they knew that they needed to find the owner of this magic item. They knocked on the doors of several of their neighbors’ homes, but no-one had an idea what it was or to whom it belonged.

Finally, Handset and Gigabyte knocked on the door of old Mrs. Cassette. She had lived there many, many years and didn’t speak to too many people. After a long while, she opened the door to the two children.

Handset showed her the plastic package and indicated that they had found it in the Bandwidth forest.

“Oh, my God!” she exclaimed. “These are my RhinoShields that I got after my nose surgery. Without them, I can’t wear my glasses!”

The children happily turned over the RhinoShields to old Mrs. Cassette. She was so very grateful that she invited them in for a snack. But it was close to dinnertime and Handset and Gigabyte had to return home.

Mrs. Cassette thanked them over and over, her face wrinkled and beaming. Handset and Gigabyte returned home and they all lived happily ever after.