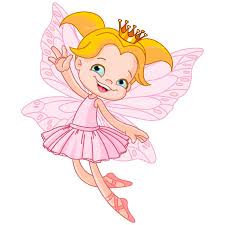 Rhonda Shoehorn was a normal, average office worker who spent her days in a traditional office. Every day, she got out of bed, took a shower, applied a bit of make-up, ate a light breakfast, put on her glasses and went to work.

Once she arrived at work, Rhonda Shoehorn did her work quickly and quietly. She rarely spoke to others but always showed up, did her job and returned home.

One day, everyone showed up at work except for Rhonda. Her co-workers looked at her desk and chair and couldn’t help noticing that she was missing. They knew that they couldn’t ask human resources because they weren’t allowed to disclose anything about Rhonda Shoehorn’s whereabouts.

Several weeks later, Rhonda finally reappeared. She looked a little different, but no-one could identify anything specific except that she wasn’t wearing her glasses.

When Rhonda looked at her computer screen, she made certain that it was expanded as much as possible, so the fonts were very large. But throughout the day, Rhonda would walk into desks and chairs, bump the water cooler and ask people to identify themselves. It was clear that she needed her glasses, but no-one would dare ask her why she wasn’t wearing them.

One day, Rhonda Shoehorn showed up at work and found a packet labeled, “RhinoShields” on her desk. She was mystified because there were no notes or signatures on the packet. But Rhonda opened the package, read the instructions and applied one to her nose. She could immediately resume wearing her glasses. What a miracle!

To this day, no-one knows who put the packet on her desk or knew that she had undergone the rhinoplasty. The only clue was some fairy dust with the initials, “RS” that was on her desk. She continues to wonder if it was a secret message for her or an anonymous gift from the RhinoShields fairy.

Share This
Handset and Gigabyte
History of Nose Jobs, Part One